There has been a progressive buzz around blockchain over the last half a decade, fueled by the game-changing potential it holds across industries and various business operations, including human resources. Notwithstanding its potential, its adoption has been rather slow across the business, except in its original application of cryptocurrency and perhaps supply chain management to an extent.

It’s partly due to the cost and complexity associated with its implementation, but also due to the fact that as a technology its logic hasn’t been completely understood or perhaps not been adequately explained by its proponents to potential adopters.

We at Workplaceif decided to disseminate knowledge around Blockchain and HR via two parts article. In part 1, we address some straight questions from a user perspective and drill into the fundamental roots of cryptocurrency/ blockchain. We also discuss and briefly elaborate on some of its early adoption in operational HR. We base our discussion around analogies, making it simpler for the end user to understand.

In the next part, we will discuss in more details the how to organize a blockchain “proof of concept” for different HR transnational operations.

The blockchain is a distributed ledger similar to a transactional HR database that is distributed across several nodes (participants/stakeholders) on a peer-to-peer (equal rank) network. A  typical RDBMS / NoSQL database/ cloud HRIS database like SAP, workday may be a centralized or a distributed database system but not a peer to peer, a consensus-based system like blockchain.

The advantage of being distributed is the lack of central authority which delivers the following  advantages over centralized systems such as:

When any transaction gets executed in a blockchain, each node (participant/ stakeholder) gets a copy of the transaction. Each transaction carries a proof of work within a hash code. Special nodes are called as miners. They verify the “transactions” via cracking a hash code for “proof of work”. All miners in a blockchain compete to crack the hash code and the particular miner who solves the puzzle gets paid (in Gas money). Gas also generates new cryptocurrency in the blockchain.

Every solution to hashcode ( proof of work ) or verified transaction results in adding “new block in the chain” and so the chain grows. This is the “circle of life” for a blockchain. Speaking of cryptocurrency, blockchain simply a synonym for Cryptocurrency/ Bitcoin. Is it true?

Private block chains may not involve paying cryptocurrency incentives to miners, however, there is an ongoing debate whether such a non-peer-to-peer permission / restrictive system fulfills the technical parameters of blockchain in the first place.

Moreover, the long-term econometrics, investment, and sustainability of a closed and permission blockchain in production are still questionable. IBM hyper ledger is a leader in this space. Is cryptocurrency a real money or a bubble, or a Ponzi scheme?

Cryptocurrency is a real money, like any other currency. Incidentally, no definition of real money in economics can be found except commodity money i.e. gold and silver.

“Currency, also referred to as fiat money is generated, circulated and guaranteed as a medium of goods/services exchange by the federal banks of respective nations. The value of a currency and the total national currency in circulation is based on complex macroeconomics.”

Mining in a blockchain verifies:

Of course, both cryptocurrency and fiat currency are susceptible to rapid change in valuations and speculation.

Therefore the assumption is true partly. It’s similar to a battery-operated vehicle, where the battery is charged by power generated from fossil fuels. Having said that Cryptocurrency does deregulate money from government control and builds transparency in financial transactions.  That itself is a major takeaway. Cryptocurrency can buy another cryptocurrency.

Public Vs Private Blockchains – which type is relevant for HR?

Actually, there are three types of public, private and consortium blockchain.

Public blockchains: A public blockchain has no access restrictions for participants. Any participant can transact and also become a miner. Such networks offer economic incentives to (via cryptocurrency) those miners who create new blocks by solving the “Proof of Work”hash algorithm. Some of the largest, most visible public block chains are Bitcoin and Ethereum. HR recruitment and background verification could be a great fit for public blockchain.

Consortium blockchains: A consortium blockchain is often said to be semi-decentralized. It is a permission-based but instead of a single organization controlling it, a number of organizations might operate a node on such setup. The administrators of a consortium chain restrict users’ reading rights as they see fit and only allow a limited set of trusted nodes to execute a consensus protocol. 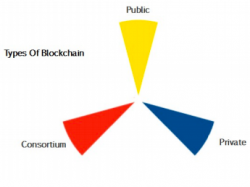 In HR, recruitment and background verification could be in a public blockchain, appraisals systems in consortium blockchain and very sensitive data like the succession path of senior employees in a private blockchain. It all depends upon specific requirements.

Is blockchain relevant for HR? Does HR have a solid business case for its application? What are the areas in which blockchain can be applied to HR? Is blockchain also relevant for HR data security or is it primarily intended for transparency and trust of transactions only?

Explicitly blockchain is intended to be a distributed database for verification and trust. However, implicitly it also enhances data security via public-private keys required for nodes to access information that is stored in blocks. Like 32 bit layered passwords of centralized database systems, private keys in a blockchain ensure that data is accessible to the intended source only. A private key is derived from the public key. A public key is a hash that represents the “proof of work” which miners must solve.

Apart from trust, transparency, and security of the data, can blockchain solve any other HR business problem as well?

Blockchain can deliver HR process automation through smart contracts. It gives a new dimension to the automation via consensus-based smart contracts. A smart contract is a digitally signed, computable agreement between two or more parties who are embedded in the proof of work. Further, it could automate tax deductions, vendor payments, reimbursements to employees etc.

There have been a few discreet experiments using hyper ledger (composer and fabric) for external vendor payments and ensuring transparency in performance appraisals and succession planning. These are private blockchains hence there is a lack of information surrounding its production implementation.

However, a few well documented and published implementations of blockchains have been on open source Ethiruim. Few good examples are Bitjob – a job board and Cvproof – a resume/ credentials verification and tracking. Both these startups deal with the automation and decentralization of the job applicant market. Conceptually these platforms enable a business to verify the educational qualifications and career milestones of the candidate directly from the concerned institution/ business via blockchain “proof of stake”. Any person having an online banking facility and an internet connection should be able to participate in such systems. Incidentally, bitjob is creating its own cryptocurrency platform, whereas Cvproof is building its application on the Ethirium platform.

Both these blockchain based recruitment/ candidate management systems use the Consortium/ hybrid blockchain architecture and both these advents will need gradually build a critical mass to be profitable, by enabling recruitment agencies to introduce candidates with validated credentials to their clients.

In the next part, we will discuss how to organize a blockchain “proof of concept” for different HR transnational operations. 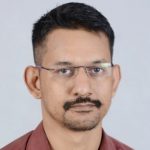 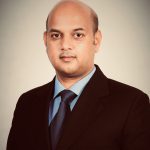 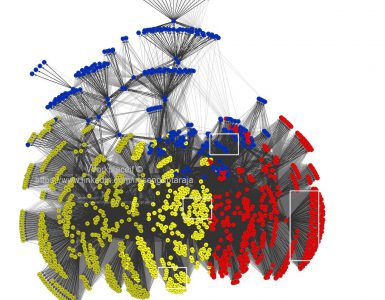 We have received exceedingly positive feedback from our prospective clients on a critical component relevant in feature engineering ( for attrition modeling) i.e. “attrition network analysis”.  Taking clue we present an exclusive write... 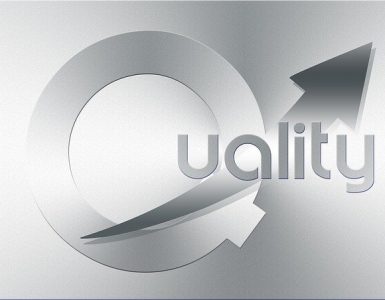 “70% of organizations are increasing investments in talent analytics, but only 12% feel like they’re getting results”   WHAT Data quality is the ability of a given data set to serve its intended uses in operations, decision making and... 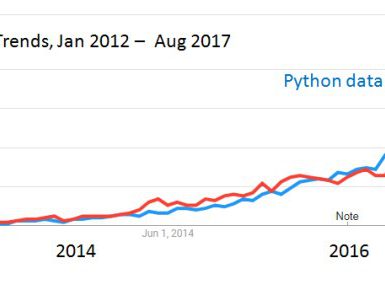 Python or R: Which is best for Data Science?

One of the common debates for data analysts and data scientists in their initial days is, which one of these two should I start with – R or Python. There are many other tools that are available – Paid ones such as SAS, MATLAB, etc and, in Open...